Devil of War is Peeping Behind the Door: This is the right recipe for Ethiopia and Sudan to avoid conflict and achieve prosperity 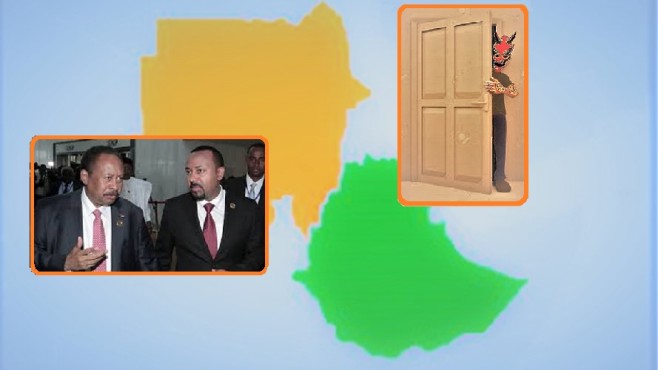 The Article Published Also on

Sudanese are called brothers in Ethiopia but when it comes to investment, they are foreigners. Also, Ethiopians are called brothers in Sudan but with no brotherhood privilege in the work permit, they could be treated as illegal immigrants. During the second half of Bashir-Meles era, the relations were strong because of security and political cooperation but there was no economic integration. if Abiy and Hamadok choose the same way, then there is no difference. Ethiopia couldn’t use Port-Sudan as its first port. It was not “the third party!” who stopped that, the two governments exchanged big promises with no action.

Now, the devil of the war is peeping behind the door, waiting to storm the borders. The traditional approaches will not help; Diplomacy can only defuse political tension but cannot stop border clashes between local communities. Political talks lead to negotiations and then slowly to a peace deal. Still, no guarantee for sustainable peace among local communities without economic integration between the two countries. The reasons for the tension are neither in the hands of governments nor their security and diplomacy.

Most world conflicts are happening between nations sharing heritage and culture, therefore discussing Ethio-Sudanese peace from the angle of similarities in culture, food, music, and beautiful coffee gathering is just wishful thinking; real economic integration is the only recipe to survive the war.

Who is the third party in the Ethio-Sudanese conflict? Fingers always are pointing to Egypt, fewer people talking about Eritrea, others start thinking about the USA in 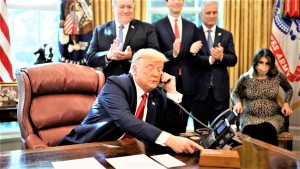 I criticized Egypt before on the GERD issue but I think Ethiopia and Sudan should not hang their failure on any third party. Eritrea in the eyes of the international community labeled as a third party in Tigray conflict; US demanded Eritrean troops to pull out. International media published “Ethiopian army official confirms Eritrean troops in Tigray.”

USA was a real third party when President Donald TRUMP tried to push the Sudanese PM Abdalla HAMADOK against Ethiopia, “I say it loud and clear, they’ll [Egyptians] blow up that dam. And they have to do something,” Trump said to Hamadok, in the normalization phone call.

Although Biden Administration could be in a fair position between Nile basin countries, Tigray conflict will put more pressure on President Joe BIDEN. The Human rights organizations and advocacy groups are vital parts of the base of the Democratic party and always have an access to congress and administration.  Surely, these groups will slow down US support to Egypt but also they already put the Ethiopian government on the radar. Some expect positive influence from Ethio-American activists mainly from Amhara who supported Abiy Ahmed as a reformer but they are not alone. Eritreans and Ethiopian activists who are not in favor of Abiy-Isaias alliance are there also. US civil society cannot be manipulated by a group while other groups have a different story.

Good conclusion, Biden’s balanced effect in the region is better; he is closer to Egypt because of middle east peace, closer to Sudanese transitional civil government, closer to Ethiopia because of social liberties and religious freedoms in the country compared with the conservative horn of Africa neighbors. Biden Administration could back EU and AU mediation between Sudan and Ethiopia and GERD. 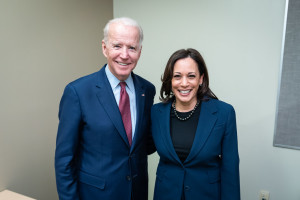 Biden’s old age might not help Democrats to nominate him for a second presidential term, also the deep American division and COVID-19 challenges are not allowing him to establish and run a new strategy or launch an 8-year plan. If Biden picks the best advice, US must involve directly – not through EU and AU – and sponsor historical settlement to rebrand the USA in Africa and in the third world as well. Our sister Kamala Harris needs that also!

Reasons for the war:

Five titles from Paul GOODMAN’s writing “The 8 Main Reasons for War” are available in the Ethio-Sudanese case, the strongest reason is economy. Amhara farmers invaded Sudanese fertile lands, not because of greed but need, not enmity but necessity. In Ethiopia, there is a population explosion that leads even boys and girls to travel searching for work. Relief Web report “Ethiopia: Spiralling population growth contributing to food insecurity” mentioned parts of Ethiopia had been a breadbasket for the nation, “[South] has recently confounded aid agencies with massive malnutrition and large numbers of child deaths.” RW said. The situation in Ethiopia could be better if the industrialization strategy implemented as planned. However, the need for cheap energy is very crucial for the strategy, here comes again the importance of the GERD, and leads to the necessity of integration with Sudan. Until that happens, the land will remain the essential cause of conflicts. Not just conflict with Sudan on Al-Fashaga but internal Ethiopian conflicts like what is happening in Benishangul-Gumuz. Read Tom GARDNER’s article “How Addis Ababa deals with ethnic violence in the region of Benishangul-Gumuz will determine the country’s future.” Bekalu Atnafu TAYE in “Ethnic federalism and conflict in Ethiopia” presented deep criticism on ethnic federalism but he mentioned the causes of conflicts starting with “disagreements about the possession or use of land, grazing land or water resources, and about settlements.” Jina MOORE proved “Land disputes at the root of African wars”, the article.

Sudan and Ethiopia cannot be an exception. World-meters’ website stated that the population density in Ethiopia is 115 per Km2 while in Sudan is 25 per Km2. Moreover, in the Amhara region is 180 per Km2 while in the three Sudanese states bordering Ethiopia according to WP; “Gadarif, Sinnar, and the Blue Nile” is just 18.7 per Km2 (which is 10% of Amhara!). If comparison excludes mountainous and poor soil lands, Amhara region density could reach 100 times the bordering area. In a study by Mekuanint LEWOYEHU, College of Science, Bahir Dar University, the researcher stated “Poor soil fertility status due to erosion, intensive farming, and leaching of nutrients causes food insecurity in Ethiopia.” FAO said the confirmed number of undernourishment in Ethiopia is 21.5 million, this is literally half of Sudan’s population.

The Ethiopian government is doing very well in poverty and hunger eradication, still, population growth is the real challenge. The 13 industrial parks and other private industrial areas the best solution for the Ethiopian economy. Yet, integration with Sudan is crucial for achieving that.