Could the endless search for peace be a trap? Yes, because “sustainable peace objectives with high standards of security and stability” is the bait that entices stakeholders to ignore the need for private sector development and regional economic integration until peace is achieved.

The Intergovernmental Authority on Development (IGAD) appears to be totally trapped in that search. Peace talks, peacebuilding programs, capacity building for peace negotiators, mediators, media workshops and training courses have preoccupied IGAD’s quest for harmony and peace in the region. Everlasting peace has become a mirage moving farther and farther away! 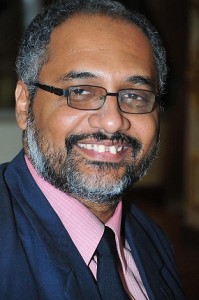 I love IGAD because my country – Sudan lies in its region, IGAD is my home. I stayed in USA for almost three years serving my country as a diplomat. I was proud of my people from the IGAD region. In 2004, Amharic almost became the second language in Washington DC when its Mayor signed the DC Language Access Act providing government services in five non-English languages, the Ethiopian community in Washington DC is wonderful. The Somali community in Minnesota led by successful brilliant icons like the strong and beautiful congresswoman Ilhan Omar is one of the best immigrant communities in USA. When I came back to my region, I found my people still unable to move without visa and travelers stuck on borders and, worst still, in prisons because of immigration issues. The business community and border traders continued to suffer. Yes, I wrote in 2013 four articles about the achievements of CEWARN-IGAD in this field of borders markets, but I am afraid that IGAD countries – especially the Northern Corridor – are still not doing as well as East Africa Community (EAC) countries in IGAD Kenya and Uganda. IGAD could do well to give more attention to Djibouti, Eritrea, Ethiopia, Somalia, South Sudan, and Sudan. The organization should review the balance between its huge peace programs and poor achievements on trade and industry issues comparatively with other African RECs; EAC, ECOWAS, CEEAC and SADC.

Peace Trap and a sack of onions

In 2014, I was a resident correspondent in Addis Ababa, I can remember a serious of peace talks throughout the whole year in Addis Ababa between Sudan and South Sudan; then between Sudan government and armed movements in the two areas and then consultations with Darfuri movements; then between South Sudan government and the armed opposition. The rest of the years there were fringe meetings for peace during African and regional summits. There were endless workshops and committee meetings. The whole year we were trapped in Radisson Blu and other hotels with peacemakers of IGAD and AU, politicians, activists, foreign countries representatives while and borders traders from the two Sudans are trapped in puerile procedures to clear customs and transport a sack of onions or a basket of fruits. There is no real problem of infrastructure for informal trade especially in the dry season but still, if you want to talk to anyone about markets and trade, you will be given a lecture in peacebuilding and the necessity of best standards for roads and infrastructure. “If that’s the case, what’s the point of Japan manufacturing four-wheel drive cars?”, Jaafar a local businessman said to me. I replied to him saying these cars for experts to come and report to organizations on the situation to get their payment!

We hear questions like peace through development! The maxim is good in theory but in reality, political peace is touted at the cost of economic integration. I no longer believe in everlasting peace as a condition to development or economic growth. In a simple economy, market people could pay to build a police station to increase security in border areas. IGAD, in the meantime, when it is not preoccupied with the “peace trap” it can advise governments on how to allocate the taxes from borders markets to local roads and how to create security in the area. Feasibly, IGAD and AU can hold peace talks and workshops at borders to promote markets and countryside African resorts rather than five-star hotels in the cities.

IGAD, the prettiest girl in the city.

If you ask someone to choose investment opportunities in a city in USA or a city in Africa, such as Lagos, Nairobi or Johannesburg, invariably, he begins talking about safety and security in Africa, but will not consider that a city in USA, like Chicago, with a high annual murder rate a problem. In 2018 the number of shootings in Chicago was 2,355 with 25% death. In 2016, the number of murders was 769, and more than 2500 shootings. He might talk about roads and infrastructure in Africa but forgets some cities even in the USA, the biggest economy in the world might be completely cut off in winter by hurricanes or some other natural disaster that disables infrastructure for days or weeks on end. Still, some people put negative indicators of security, peace, safety, infrastructure or work environments in Africa while there are extremely good areas and good conditions equal to some of the top cities in Western countries, including those where crisis centers advising on risks in Africa. The lack of infrastructure also is mythical because some areas are well connected, and the cost of energy private alternatives is still cheaper than the regular energy in other parts of advanced countries.

In East Africa, we are now ignoring the big opportunities and neglecting the best investment areas in the world in order to search for comprehensive peace, top security and advanced infrastructure, all these according to standards not available or achievable in parts of the first world. I am prompted to consider the tale of the prettiest girl in a small city who will only contemplate marriage of one of three rich and handsome young men in her village. Repeatedly refusing others even some that are serious and have promising futures, she gets older with no marriage and then the three eligible men get married leaving her trying to choose from the list of men she once refused. The proverb a bird in the hand is worth ten in the bush springs to mind suggesting not to lose things already in your hand waiting for something that is not.

Putting standards for peace and infrastructure and believing that reaching these levels is more important than facilitating investment and integrating with neighbors and regional and continental economic blocs is what I call the “peace trap” due to loss of time and opportunities for African countries. The situation is just like the business owner who loses a lot of available opportunities on the ground because he follows a zero-risk study. Yes, the study is concrete and detailed, but it is not applicable, done by experts and consultants but amounts to idealism in the eyes of local traders.

The cows and the thunder.

IGAD can establish an international university dedicated to peace and security studies but what we really need is a new roadmap for areas that already there a reasonable level of peace and security for investment, or still the economic feasibility is good with an additional cost of security in certain areas or times? If the business still feasible with some cost, why are war and insecurity portrayed as 90% and opportunities the remaining ten or less? Yes, focusing on peace talks and agreements is not more important than focusing on trade, industry and borders markets that change thieves and smugglers to traders and taxpayers.

I have already written about IGAD achievements on trade, but I think borders trade could lead to economic peace and integration faster than talks between governments on peace and stability. We have a proverb in Sudan; forget the cows who ran away when there is a rumble of thunder, try to keep and guard the group who already gathered because if you have this group other cows will sooner join them. The wisdom that if you ran after others the gathered might spread then all will be scattered. Therefore, facilitating business and investment, organizing markets is as important as creating attractive points for other areas to follow.

The mess in the home and “My Grandpa Solution”!

My grandfather was fond of saying that the mess at home may look bad, but in reality, it is a collection of useful things are not organized and not in correct places. His advice was not to start handling the mess before beginning to organize your home. The issue is that if you have corners, boxes, shelves and drawers with good classifications and sometimes written labels each one of them will attract its members from the mess. Family members or even kids can distribute labels and each one will be responsible for different categories; then deal with the mess, kids toys will go to toys box, wood pieces will go to the wood corner and even you take the tiny expensive screws from your old broken pair of glasses to a plastic ziplock bag for small valuables, and so on.

The real start for IGAD would be not to have any peace or infrastructure program unless there an applicable and practical part on trade, industry and private sectors thereby avoiding the “peace trap”.

Mekki ELMOGRABI is a press writer on economy, development, and stability in Africa, chairman of MC-Media