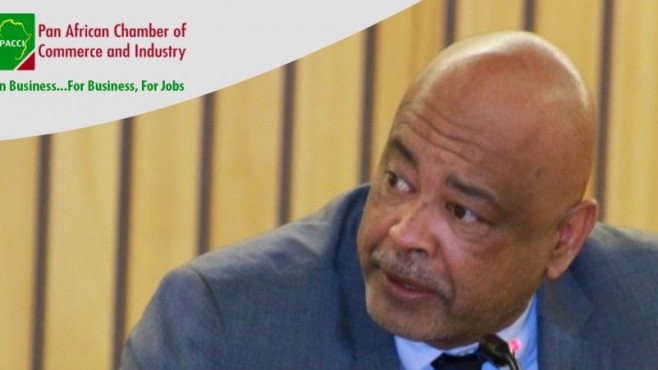 The African Continental Free Trade Area (AfCFTA) between African countries is a topic for debate among entrepreneurs and politicians alike. To encourage the debate, CFTA.Now invited Mr. Kebour Ghenna the Executive Director of the Pan African Chamber of Commerce and Industry (PACCI) to answer some questions that will help us better understand that subject matter.

Africa is on the eve of signing the Continental Free Trade Agreement, how important is this deal?

It is extremely important. I am not saying this because of my function as the director of the Pan African Chamber of Commerce and Industry PACCI or any ideological or theoretical grounds, but because we have seen repeatedly the positives free trade has brought to nations. In the fifties and sixties, countries that remained open or took advantage of international opportunity in one way or the other, and we can mention many of the Far Eastern economies, they first began by looking inward but then decided to go outward in the 1960. The results have been remarkable that ended up producing very high rates of growth to go along with their export performances. Countries that turned inward, countries such as India, Brazil, Ghana, Egypt, and others did not progress very far.

Let’s talk about the business community, how supportive are African businesses of free trade?

African businesses are very supportive of free trade, that’s me saying, and I believe it to be true. The problem of course is that very little is known about the degree of popular support for such an initiative. For Africa the free trade agreement to be launched on March 2018 is a new experience; it is a powerful engine for spreading prosperity. Basically the focus of this CFTA is on access to markets between member countries. Having said this, we have to understand things will not change from one day to the next, to be realistic African countries need first to promote a well-functioning cooperation among themselves at state levels, in particular between the customs administrations. They have to quickly simplify their import-export processing. They also have to take a step forward in liberalizing their internal trade.

Is the CFTA genuinely going to help the poorest countries?

That’s the concern of many people. But look: exports were what allowed China to grow. We haven’t seen poverty fall dramatically in any country that kept itself closed. So it’s essential for African countries’ economic development. Let’s look at the challenges developing economies face. Their labor productivity is low relative to the rest of the world, and that means their incomes are low. How do you raise labor productivity? You bring in new capital, and a lot of the times you do that through importing. But to import, you have to export. Opening up to the rest of the world allows you to vastly expand the markets for the stuff that you make, and in return for those exports you are capable of importing goods and capital and technology that make you get better at what you’re doing. At least this is the type of argument that has prevailed till now.

Are you confident that this story is shared by many economists and decision makers?

I think the fair statement to make is that trade is a necessary but not sufficient condition for poverty reduction. As you know there are many countries that have taken the market liberalization route and haven’t seen big reductions in poverty. Would economists say, “Trade globalization is the magic bullet; adopt it and you will see massive reduction in poverty in the country.” I don’t think so. The evidence just doesn’t support that. I think the evidence also doesn’t support the idea that you can have massive reductions in poverty without free trade. I think we’ve come to realize that when you talk about development, trade policy is one of many changes that need to happen in a society to allow income growth to occur.

Do SMEs and large companies benefit equally from the CFTA?

Let me start by saying that small and medium firms account for up to 90% of all businesses in Africa. Today, these small and growing businesses create around 80% of the continent’s employment. These are basically PACCI’s constituents and we believe that the CFTA benefits generally the SMEs. Many SMEs export their products and services to other countries and we note that size is not necessarily an obstacle. There are many SMEs around the world that use free trade agreements on a regular basis. The globalization of value chains also affects many SMEs, which means that they – as well as large companies – can improve their competitive standing by using free trade agreements.

The African Union was tasked to organize the negotiations leading to the signature of the CFTA on March of this year in Rwanda, to what extend the private sector was involved in the negotiations?

The private sector’s participation varies from country to country, meaning it went from extensive, say in the case of countries like Mauritius, to practically nil in the case of my country, Ethiopia. At the AU Commission level the attention given to the private sector like PACCI was rather minimal. I understand that trade negotiations are the domain of governments, but that should not have precluded consultations both at national and the AU Commission level. Anyway we’ll see if things change for the next phase, which is the most important phase –  that of the implementation of the CFTA.

But I understand there is one full day dedicated for business at the Summit in Kigali, so there must be some kind of business involvement in the CFTA?

Well the Summit, which by the way is a historic event, has to have a showy and attractive part that week. A CFTA signing agreement without any business participation would have looked a bit strange. I understand the Business Day is organized by a newly established organization led by Dangote to promote African multinationals. All the big African business CEOs will be there gracing the Summit with their presence.