Opinion: What is IRIMP? Could it be the third foundation of IGAD, East Africa? 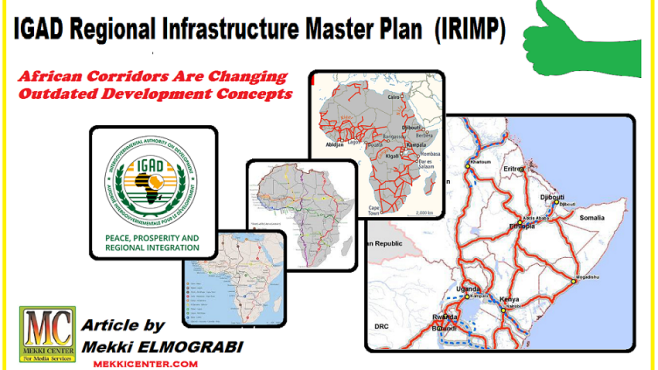 IGAD at its inception in 1986 was dedicated only to issues of drought and desertification. In 1996 at the second foundation, the regional organization extended its mandate to act as a development agency with successful peace and security involvement.  I believe IGAD Regional Infrastructure Master Plan (IRIMP) is the start of the third foundation of IGAD, the fresh lifeblood for IGAD countries which maps a path through the major Economic Development Corridors (EDCs) that cross borders, driving governments to integrated policies and laws, and destroying outdated concepts of national protectionism.

In March 2020, the first forum for IRIMP Consultative Dialogue was held in Entebbe, Uganda at Premier Best Western Hotel. Thanks to IGAD for honoring me with the chairing of the forum. Thanks, Uganda, for its position between different regions and RECs which gave the country diversified experience.

In 2019, I wrote an article criticizing IGAD and suggested that endless search for peace is a trap, because “sustainable peace objectives with high standards of security and stability” is the bait that entices stakeholders to ignore the need for private sector development and regional economic integration until peace is achieved. My article “IGAD and Peace Trap”, focused on IGAD peace approach for development. Some might argue that peace is pre-condition or pre-request for development.  I strongly believe it is a wrong idea and still feel as IGAD citizen I have the full right to question funds and donors who are not balanced on the peace and development equation. “Everlasting peace has become a mirage moving farther and farther away!” we should build on available conditions and let people and local communities push the process of accomplishing peace. Hopefully, the third foundation of IGAD will witness the balance between peace and development.

In April 2018, IGAD – with AfDB support – signed in Nairobi the contract of the development of IRIMP with consulting firms IPE Global Limited and Africon Universal Consulting. This master plan is a key element for the IGAD region to achieve economic integration and to be well prepared as other RECs already entered the era of African Continental Free Trade Area (AfCFTA).

Regional infrastructure will boost Intra-Regional trade which is connected with free movement of goods and persons. IRIMP – to achieve this goal – is expected to cover the regional sub-sectors of transport, energy, telecommunications, and trans-boundary water resources and projects.

The output of IRIMP’s comprehensive study made by IPE Global and Africon Universal is the formulation of an infrastructure strategic framework and the financing strategy. 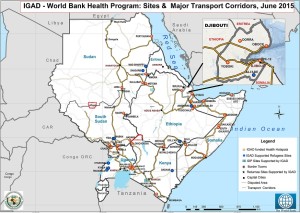 In October 2019 in Entebbe, the Joint Steering Committee (JSC) reviewed IRIMP Report.  The purpose of the review was a ‘follow-up and build-up of the previous two events conducted through the year 2018 in Nairobi, and Mombasa. Then comes the consultative dialogue for civil society in Entebbe, March 2020.

Elsadig Abdalla, IGAD Director for Economic & Regional Integration said at the Entebbe dialogue, the forum had provided valuable inputs that would enhance the IRIMP for more effective implementation. He emphasized that IGAD members strongly involved in infrastructure, “ahead of the implementation of IRIMP, to-date, member states have invested nearly $20 billion in infrastructure development alone.”

Jamie Andrew Simpson, the Executive Director of IPE Global, told me during Entebbe dialogue on IGAD master plan “Corridor approaches to economic development have increasingly informed strategy and plans in Africa over the past 10-15 years; the latest AU thinking continues to refine and further develop this approach.” Jamie Simpsons confirmed that they have identified priority projects in the areas of energy and transport with total cost between six to ten billion US dollars which will be invested in a phased manner.

Entebbe dialogue witnessed wide range participation from NGOs and private sector drawn from IGAD states namely; Djibouti, Ethiopia, Kenya, Somalia, South Sudan, Sudan and Uganda. Eretria was absent, the media asked the repeated question, I heard the repeated answer, nothing to do just hope leaders meet and sort out suspended issues. It is hard to see a member of your family absent in your happy events.

Zacharia Kingori, IRIMP coordinator at IGAD said that the master plan priorities; the regions transport sector as roads, railway and water will be worked on adequately. “the current problem is that well as transport infrastructure is good in other countries of IGAD, many member states have bad roads.” He added.

Abdulrazaq Ali, of Africon consulting who is part of the team developing the master plan, confirmed that most or all the projects will be joint, “the initiative will also help facilitate the financing of developments in the country.”, Abdulrazaq added.

African and International Support to EDCs in IGAD Region

AfDB report on Economic Corridors in Africa was prepared by Gadzeni Mulenga in April, 2013. The report “Rationale for the Participation of the African Development Bank” presented the approach of EDC and its impacts on areas along the corridors, “the economic corridor approach transforms transport corridors into engines of socio-economic development.”, the report said. The local plans of linking the geographical surroundings with EDC should be available within EDC’s plan. A crucial point in the report is highlighting the role of the private sector in the corridors; describing the approach of corridors by “Strong public-private partnerships, which promote sustainability.” This partnership should start at the phase of planning and constructing the EDC which raises issues of economic rights and liberties and the role of private sector in Africa.

One of the strongest developmental arms in Africa is PIDA which is the Programme of Infrastructure and Development in Africa that adopted during AU Summit of January 2012, GIZ is the PIDA cooperation partners.

During my service as coordinator of PIDA Journalists Network, I remember the successful first PIDA Week in Abidjan, November 2015. It was an open season for development partners and advocates in Africa.

Market integration led to integrated infrastructure and development. This appears clearly in the Tripartite that comprises three Regional Economic Communities (RECs); Common Market for Eastern and Southern Africa (COMESA), East African Community (EAC) and the Southern African Development Community (SADC). While EDC based on cross-border planning, the need of complete data and information is crucial. The web-based Geographic Information System (GIS) offers information on roads, rail-roads, borders, ports and other EDCs’ components in the area of the three RECs.

The list of African corridors prepared by EENI Global Business School contains 19 corridors. The map can show better how corridors became new rivers in the continent. EENI among several African and international institutes that offering academic programs on development in Africa.

*Mekki ELMOGRABI is a Press Writer on Economy, Development, and Stability in Africa, could be reached through e-mail: Chairman@mekkicenter.com, ELMOGRABI@gmail.com,

Articles and photos on mekkicenter.com are free and permitted for re-publishing and distributing; thank you.

link of this article: http://mekkicenter.com/opinion-what-is-irimp-and-could-it-be-the-third-foundation-of-igad/

Opinion: Is Africa a shining example of how economic corridors can change development concepts? 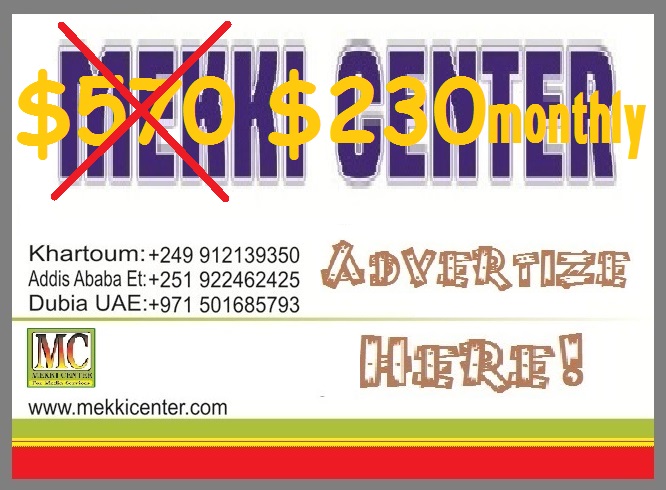