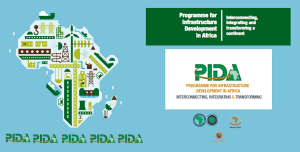 ‪#‎PIDA_News‬
PIDA Journalists Network (PIDA-JN) welcomes the launch of the Tripartite Free Trade Area (TFTA) in Sharm El-Sheikh, Egypt summit. Heads of state and representatives of 26 governments from the three African blocs; the Common Market for Eastern and South Africa (COMESA), the East African Community (ECA), and the Southern African Development Community (SADC), officiated on 10th June 2015 the launching of the biggest African economic integration agreement that will create a market with a population of 625 million and gross domestic product of more than $1 trillion.
PIDA-JN said in a statement that the African economic integration is the most important approach to development, calling on African journalists and media practitioners to shed more light on this great event.
Mekki Elmograbi, PIDA-JN Coordinator said PIDA’s overall strategic objective is to enable Africa to build the Pan-African common market, “this summit is important for African journalists who are working very hard to convince the African public that something is happening on the ground” Mekki said, “The agreement would be a monumental step for the continent because it will bring together a united Africa, this is the real challenge is to translate political commitments into concrete actions”, he added.
The TFTA was established after four years of negotiations that led to a framework for tariff preferences and other commitments; it will also establish a mechanism for the identification, reporting, monitoring and elimination of non-tariff barriers.
PIDA-JN was launched by the Programme for Infrastructure Development in Africa (PIDA) – African Union Commission (AUC) and with GIZ support after 3-day workshop from 19-21 May 2015 in Accra, Ghana.
PIDA was approved by the African Union in January 2012, and then a broad partnership was established with NPCA, AfDB, and UNECA to provide a strategic framework for priority projects in transport, energy, ICT and trans-boundary water to transform Africa through the construction of modern infrastructure into an interconnected and integrated continent that is competitive domestically and in the global economy.
PIDA developed a communication strategy in collaboration with, NEPAD Planning and Coordinating Agency (NPCA), the African Development Bank (AfDB), and the United Nations Economic Commission for Africa (UNECA); the strategy includes a network for journalists focusing on development, infrastructure and energy in Africa.