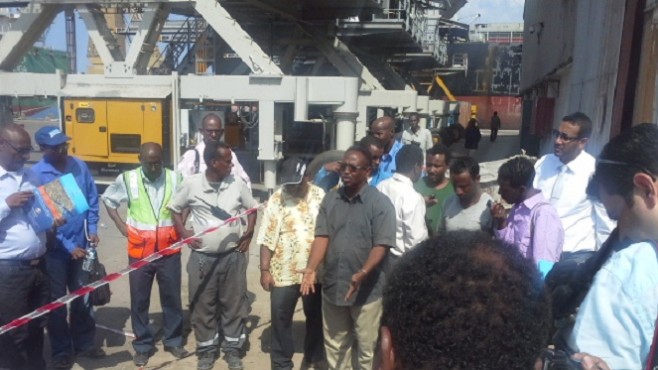 The Djiboutian government rejected any kind of settlement with oil companies that convicted by the Djiboutian judiciary with pollution and sentenced to pay 204 million euros ($272 million) for damages in a case dating back to 1997.

Ethiopian, regional, and international media met Mr. Abubaker Omar Hadi Chairman of Djibouti Ports & Free Zones Authority in a media trip to Djibouti organized by the Djiboutian Embassy at Ethiopia and the African Union. Mr. Abubaker confirmed that his government insists on sentencing Total and ex-Shell to pay a fine and the cost of cleaning up the polluted sites in Djibouti port. 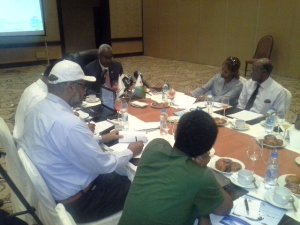 The oil leaks come from old pipelines network that reached the sea.

Djiboutian officials showed the invited journalists several locations of leakage confirming that without cleaning up the soil there will a real threat to environment, development and business in Djibouti, “These companies are polluters and they have to pay the cost of cleaning up our port which estimated by national courts and international experts” a Djiboutian official told journalists who gathered on one the polluted sites, “They offered petty money that cannot afford us to do any thing”, he said.

The oil pollution in Djibouti is raising a big issue now because the pollution already reached the sea, “if the companies are not willing to pay the cost of cleaning up it will become a regional and international threat”, the official said.

Djibouti’s economy is based on the service sector. Commercial activities are attracted by the country’s free trade policies and strategic location as a regional hub and Red Sea – Indian Ocean transit point. The GDP of the smallest country in the horn of Africa was estimated in 2013 at $2.505 billion, with a real growth rate of more than 6% annually. 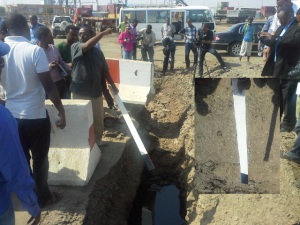 Photo: A Djiboutian official showing journalists the thickness of the oil by using a white long plate