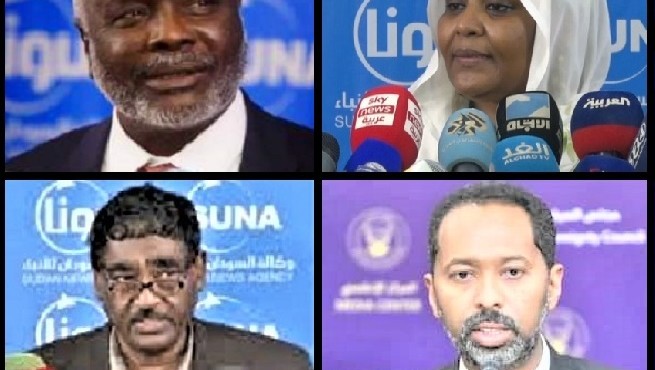 Sudan has taken an extraordinary but necessary action and decided finally to float the national currency achieving the major demand of IMF, World Bank, friends, and donors in order to reform the troubled economy of the East African nation.

Four leaders appeared in the new cabinet, they know what they are doing, not just in economic reforms; Courageous political steps will follow.

Gibreel IBRAHIM, the finance minister, leader of Justice and Equality Movement – JEM, a Darfuri armed group. He is a smiley-face politician – with an Islamist background, academician in the field of management, and a successful businessman who strongly believes in free economy.

Maryam AL-MAHDI, daughter of the late Imam Al-Sadig AL-MAHDI, the minister of foreign affairs and the vice president of Umma party – established in 1945 on the Islamic Ansar base. The party led by the Al-Mahdi family and other traditional, wealthy, and historical families. Maryam is a physician who has chosen to struggle with Bashir’s regime all her political career. The source of her success is neither her family nor the gender advantage like other female activists but her political experience and skills.

Ibrahim AL-SHEIKH and Khalid OMAR, both are from the Sudanese Conference Party, a centrist party with “leftist flavor” but friendly with the modern business sector and the middle class. Also, the party is very close to capitalist countries such as UK, KSA, and UAE that helped the change in Sudan. Ibrahim is the former president of the party and a rich successful businessman who announced “1 Million US dollars’ deposit” within the launching of the governmental policy of liberalizing the exchange rate. Khalid is a young leader from the party, his pragmatic-realistic approach appeared in a political debate within his party, he advocated using the limited margin of freedom in the election during Bashir’s regime.

What is the common thing between the four leaders? They are professional politicians and more pragmatic compared to the former leftist ministers. They believe in the market economy and faced aggressive attacks from the hardliners, activists, socialists, and the worst spoilers for the deal, the old guards of Marxism in Sudan.

The joint military-civilian government decided the flotation in mid of February 2021. Since the revolutionary change in April 2019, Sudan – with a population of 42 million – has been under the grip of a tiny minority that opposes free economy and exerted efforts to paralyze both sides of the government from the two major changes; normalization with the USA-Israel (Abraham Agreement) and economic reforms.

Prime Minister Dr. Abdalla HAMADOK said in a symposium before the change he prefers a mixed economy, not capitalism. Although, the opposition of the transitional period and socialist parties accused Hamadok of advocating World Bank and IMF recipes, his communist background and his way of handling issues with no intention to lose any side deprived Sudan of major changes. Due to “Hamadok’s Bothsidesism”, Communists and Baath members in his government became louder and stronger than others.

The former US President Donald TRUMP removed Sudan from the terror list as an incentive for Sudan to normalize ties with Israel. The transitional government paid 335 million US dollars in compensation for Al-Qaida victims, then discovered that it was not enough for Trump who was seeking more points in the 2020 presidential elections.

The Sudanese economy has boomed after 1999 with oil production, then benefited from the stable transitional period from 2005 to the separation of South Sudan in 2011. However, the positive indicators continued to appear up to 2015 when Sudan’s GDP per capita reached 1,910 US dollars. Sudan was the best in the region at the time; Kenya 1,337, Tanzania 948, Uganda 844, Chad 776, Rwanda 752, and Ethiopia 640. In 2019, miserably, with a figure of 441 US dollars, the country became the worst in the region.

The economic reforms pushed up the prices of goods and services, the floatation will cause more increase in response to the devaluation of the currency but the government has no option to skip the reforms’ plan.

Sudanese pound will now fluctuate normally based on supply and demand rule. Yet, the filled half of the cup is that flotation will help normalization with international and regional financial institutions. Donors and friends will be able to allocate and secure more funds and loans to Sudan’s economy.

In November 1997, Washington imposed a trade embargo on Sudan according to executive order 13067. The sanctions disconnected the country from the international banking system.

In spite of the change, nothing happened to integrate Sudan with the international banking system. The reason was the leftist domination; the transitional government couldn’t interact freely with the USA, EU, and international financial institutions; the socialist veto stopped all important decisions.

Sudan is being ruled for almost two years by a disturbed coalition of “Freedom and Change.” The real change happened after armed movements signed Juba Agreement in October 2020, it was clear that the old coalition which was heavily manipulated by the left is no longer in power. The Partners’ Council replaced the Freedom and Change coalition, the country now opened a new chapter with the world.

The original article on blnews.net