Sudan: 2021 October’s deadlock is the biggest but could lead to “the great compromise”. 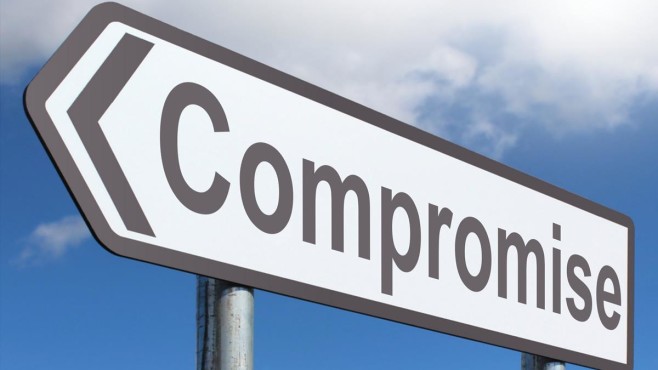 Summary of the deal

Granting Freedom and Change alliance – all factions and signatories of Juba agreement – “the blocking third” in the parliament as a reward for being the strongest players in the change of April 2019 – in exchange for – opening the two-third of the parliament for early election for all other parties. Still, FCA can compete with them with no further isolation against any other party.

It could be a good start for this deal to launch the suspended elections of Sudanese trade unions with the same compromise. That will ease the tension and will divert the energies of the politicians and activists toward something constructive.

Some procedures are necessary; ending political arrests and launching investigations in all violations of human rights that happened during the deadlock.

The October 2021 deadlock in Sudan is the biggest and the most complicated conflict in the modern history of this sub-Saharan nation, yet, it could lead to the greatest compromise between military and civilians, and also between liberal-leftists and the rest of the political spectrum.

One of the good things in Troika’s stand toward Sudan’s crisis is that the three countries USA, UK, and Norway, either in their joint statements or individual ones throughout the past two years of the transition emphasize completing the transitional civilian institutions. Unfortunately, Sudan stuck in “the blame game between military and political parties” with no achievements for two years and that led to the deadlock and then the military-civilian confrontation manifested in Burhan’s decisions of 25th October 2021.

The parliament, the judiciary supreme council, and the constitutional court, all were abandoned and left behind by both parties. Also, a number of commissions for elections, combating corruption, peace, and other important transitional fields that could create real civilian rule didn’t exist. The legislative and executive branches were unjustifiably merged for a long time in the joint meeting between the cabinet and sovereign council. No elections for trade unions, even after dissolving the previous ones and forming steering committees to organize elections, the new committees composed by political parties declared themselves as acting committees claiming the role of the unions and took over all assets with no hope for elections. For example, the Sudanese Journalists Union vanished and more than seven conflicting bodies appeared with legitimacy for all of them. The press freedom lost its national guard for two years and the civilian government failed to organize elections. The two years resulted in partisan authoritarianism coated by the civilian brand.

The second branch of the government was “the Committee for Dismantling of 30th June Regime” that held authorities even wider the merged executive-legislative practicing an absolute power in dismissing judges with no investigations or any right to the judges themselves to appear in front of the committee to know what are the accusations, the judges just see their names in lists issued by the dismantling committee in a public press conference. This point was specifically mentioned and criticized twice in the US department of state human rights report.

The civilians from their side, when they need to defend their position they play the blame game with the military. Not anymore, and thanks for October’s deadlock! Ibrahim AL-SHEIKH, the Minister and leader within FCA on 21 October 2021 protests faced a heated discussion with the activists and the advocates of the civilian rule who challenged him to discover the reasons that led to the situation of “civilian rule with no civilian institutions”. He was brave enough to sit down on the ground with them while most of the other leaders made some photos and videos and disappeared, “We did so because we need firstly to clean up the judiciary and dismiss judges using the dismantling committee and then to appoint new, so, we can make sure the voters in the elections of the judiciary council will be loyal to the revolution”, Ibrahim said. That means the blame game between the military and the political parties was just a cover for an intended delay in establishing the transitional civilian institutions. This attitude questioned the ethics and morals of the civilians even they became later victims of the military that colluded with them for two years.

Another question will be answered one day, what did the military let the civilians do what they want? What is the price of silence or collusion?

Elements of the problem:

3\ On the other hand, the military, and the former regime are not the right alternative and cannot be re-branded to rule Sudan. The new revolutionary generation sacrificed and faced the death toll to establish a civilian democratic rule.

4\ The election could be the best solution in all similar cases. Simply, let people choose! Still, with this deterioration situation and the bad practice of the left, the Islamists could take over again and their priority will be taking revenge which will bring Sudan again to the vicious cycle.

Why this compromise is good for all parties?