Review of the Book “Challenges of China’s Global Ambitions” 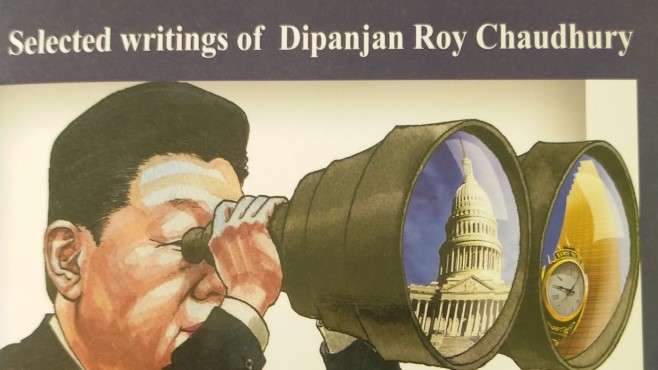 It is one of the worst forms of colonization because it firstly disrupts Africa’s private sector and enforces secret deals between China and African governments, dashing any hope of democracy, transparency, and free enterprises owned by African people. Moreover, dept trap is accompanied with disinformation campaign against western influence in Africa, not necessarily organized by China, but comes in “alliance” where Russia is more capable to lead.

Reading about the “debt trap policy” that shaped China’s strategy toward Africa is not new to me, but what was new to me in the book “The Challenges of China’s Global Ambitions” is the full picture of those ambitions, which includes “Comprehensive Strategy”, with a complex and detailed set of policies to use the debt burden in a number of countries around the world, not just in Africa.

The book is edited by Narendra Kumar, who has selected 30 articles written by Dipanjan Roy Chaudhury, the diplomacy and foreign affairs press writer with the Economic Times of India, and a distinguished author.

Through this book, one can see the full picture of China’s ambitions which lead every country that blindly believes in full cooperation with China to be forced to compromise its sovereign economic rights. In this regard, the debt trap is seen as the most effective tool.

The book begins with articles on the Western world before Africa. In particular, there is a very important article on how China is dealing with weaker European economies, especially those in Central and Eastern Europe.

China’s ambitions are endless and will not stop at the resources of sub-Saharan Africa, there is an integrated international approach. The author says, “Beijing continues to increase its influence on weaker EU countries, eroding their state institutions through political, and soft power. Therefore, China is focusing on Eastern and Central Europe Countries as its entry point to EU to push its Belt and Road Initiative.”

The book and the articles exemplify what is happening on the ground and how China has taken over airports and seaports or sometimes failed.

Yes, it is true, I always encourage my African friends and writers not to settle for Western warnings about Africa, the big powers warn us about the risks of dealing with China while some of them do not offer better alternatives. My point is “we should not attack one country according to another country’s agenda, we better stick to our African agenda”. Still, the issue of debt strategy has become a real global concern, not just anti-China propaganda in the West. However, we should criticize China’s strategy and question the strategies of others. A similar argument to mine appeared in an article in Foreign Policy by Henry Tugendhat and Kamissa Camara titled: “Washington needs to send a better message in Africa than ‘don’t trust China'”.

It is time for Africans to study Chinese strategy before the continent is colonized and sold to China with the consent of African governments without arms or resistance.

Again, it is one of the worst forms of colonization because it firstly disrupts Africa’s private sector and enforces secret deals between China and African governments, dashing any hope of democracy, transparency, and free enterprises owned by African people. The government will tighten its control and approve more debt deals.

Still, we have many other options, why not talk about the strategic partnership with India and Japan?

For us Africans, India is the best example of a country established on democracy and free economy that still faces problems similar to ours but has found solutions to the problems, and then the country became a huge industrialized and diversified economic power. Negotiations with Indian companies are simply not comparable to those with the Chinese government and Chinese corporations, as they are always able to use influential politicians to take shortcuts and do whatever they want. Africans are excluded from these deals, the African private sector is completely excluded, and economic freedom is at risk. This finding is cited in Chaudhry’s article “Africa Rising Debt: Chinese Loans to the Continent Exceeds $140 Billion”.

Also, the issue of the hidden deals and Africans not knowing which part of the country is at risk of being sold to China is well explained in the article “China Well Thought Strategy of Debt Trap with Confidentiality Clauses”.

Thanks, Narendra for editing this wonderful book, thanks Chaudhury for your writings.