Opinion: Is Africa a shining example of how economic corridors can change development concepts? 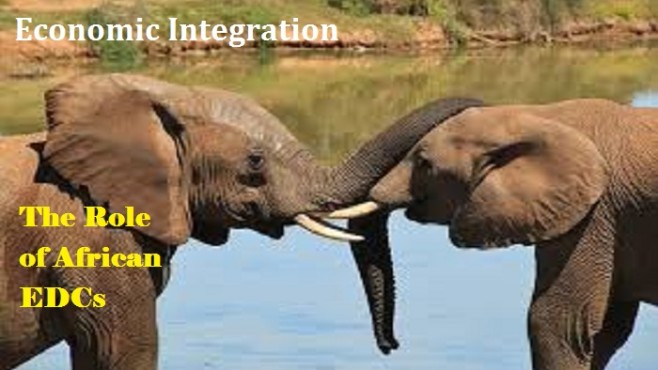 It is almost two decades since the term Economic Development Corridor (EDC) was coined. The Asian Development Bank (ADB) was the first organization to use the term in 1998. Since then, EDC is known as an integrated network of infrastructure within a geographical area designed to stimulate economic development. EDCs now is changing the political structure of countries, when implemented the importance of number of issues will increase; bilateral and multilateral issues such as visa agreements, unified standardization, legal cooperation and business regulations between the countries of the corridors and other issues will witness big changes. The new concept of EDC starts with an integration framework between countries to guarantee all these cross-border components together with technical issues.

Needless to say, corridors have huge impact on development and economy as they are created to link manufacturing hubs, areas with high supply and demand, and markets. While still the highways and roads are very important part of corridors, they should be integrated with railroads, power network, pipelines and all possible means of transportation for people, goods or services, they include also ports and airports. This new approach cuts the cost and speeds up the implementation.

Although the study authored by Albie Hope & John Cox stated that there is no universal terminology for development corridors, the study referred the term “development corridor” as a collective noun to include all corridors at each stage of the evolution from a basic transport route through to a fully-fledged economic corridor. The study published in December 2015 by Coffey International Development gave examples: “They may evolve to an extent that enhances only the flow of goods and people (a transport corridor), or to an extent that supports trade (a trade corridor), or development of a particular sector of the economy (e.g. an agricultural corridor).”

What I get from the study is that a development corridor is a developing path of transportation and services, it is not something that starts complete or on a large scale; the progress depends on available development and investment opportunities at the stage.

The African perspective to EDC is strongly linked with integration and development more than business opportunities, while Asians the forerunners of the EDC, their concepts are based on business, development, and integration.

A paper authored by Brunner, Hans-Peter and published by ADB under the title “What is Economic Corridor Development and What Can It Achieve in Asia’s Subregions?” examines the role of economic corridor in regional economic integration. My point of view is that African development priorities include economic independence and Pan-Africanism therefore the concept differs from the Asian context. It is true that planning for corridors should put in account the environmental threats, it is acceptable also to listen to criticism such like this article “Massive ‘Development Corridors’ In Africa Could Spell Environmental Disaster” published on BeforeitsNews in November 2015. However, the article went to the extreme by saying “In terms of development pressures, these corridors would be the biggest thing to hit Africa — ever,” William Laurance, Centre for Tropical Environmental and Sustainability Science, Australia. Although strong environmental warnings are important, the best remedy to address those worries is to involve environmental groups in the process of planning. It is good to note that in all workshops I attended within AU and other African bodies and RECs, environmental groups are represented.

Food and Agriculture Organization of the United Nations (FAO) published in 2014 a study authored by Eva Gálvez Nogales promoting for the concept of agricultural corridors “Making economic corridors work for the agricultural sector”. It is clear that the concept attracted different users within different contexts.

The EDC could be like a powerful strip-state within a number of states. From high supply and production areas through manufacturing hubs and markets to the port. These components might not be available even in one independent state. The management of corridors is another challenge for that there is a book “Trade and Transport Corridor Management Toolkit” authored by Charles Kunaka and Robin Carruthers.

International Support to EDC Approach in Africa is Needed.

Brookings Institute in Washington DC published a report on economic corridors giving very good examples explaining the components:“Economic corridors are meant to attract investment and generate economic activities within a contiguous region, on the foundation of an efficient transportation system,” the report said.

Unfortunately, there was no African example in Brookings report; most of examples came from Asia. There is good data with Africa Growth Initiative at Brookings but the lack of African examples in the report raises a question on visibility of African development projects. The report linked the corridors with business and industry, “Apart from the development of infrastructure, long-term advantages to business and industry along the corridor include benefits arising from smooth access to the industrial production units, decreased transportation and communications costs, improved delivery time and reduction in inventory cost,” the report said.

During years 2018 to 2020 big developments happened in eastern Africa through its regional bloc IGAD, in Nairobi and Mombasa, Kenya. Planning workshops and a contract signed with consulting groups on a development master plan. In Entebbe, Uganda, IGAD reviewed its Regional Infrastructure Master Plan (IRIMP) Report, then comes the consultative dialogue which is the first civil society forum. I was honored to chair the Entebbe forum in March 2020 which was good opportunity to make sure that social and environmental fears were addressed at the level of planning.

Elsadig Abdalla, IGAD Secretariat Representative confirmed that all IGAD state and non-state actors are strongly involved in infrastructure plans. Jamie Andrew Simpson, the Executive Director of IPE Global which is the consulting partner on IRIMP told me during the event that EDC’s approach has progressively been more integrated to development strategies and plans in Africa over the past 10-15 years.

From East Africa to the West through Abidjan-Lagos Corridor which sponsored by four stakeholders; African Development Bank (AfDB), European Commission, GIZ from Germany and Economic Community of West African States (ECOWAS). The project is a real example for African European cooperation. During the launching of the corridor’s implementation unit in Abuja in February 2019,  ECOWAS Commissioner for Infrastructure Mr. Pathe Gueye stated that the Project will contribute directly to the reduction of poverty levels of the population that depend on the transportation for livelihood.

Although the corridor identified as a six-lane transportation corridor, the countries of the corridor namely Cote d’Ivoire, Ghana, Benin, Togo, and Nigeria have already developed their national projects, also the project will be connected with Praia-Dakar-Abidjan Multimodal Corridor.

From Lagos, the big apple of Nigeria to Praia the capital Cape Verde, it is a great deal for Africa!

*Mekki ELMOGRABI is a Press Writer on Economy, Development, and Stability in Africa, could be reached through e-mail: Chairman@mekkicenter.com, ELMOGRABI@gmail.com,

Articles and photos on mekkicenter.com are permitted for re-publishing and distributing; thank you.

link of this article: http://mekkicenter.com/is-africa-a-shining-example-of-how-economic-corridors-can-change-development-concepts/

Opinion: What is IRIMP? And Could it be the third foundation of IGAD?