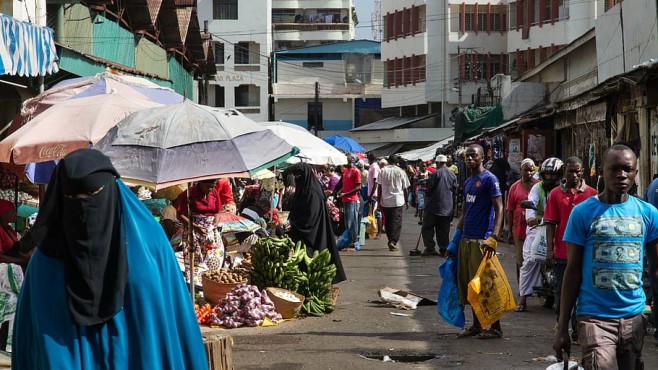 In developing countries, granting full economic freedom to producers in their “morning markets” will put the entire economy on the right track and will eliminate illegal activities inside countries and along the tense borders.

The idea is new but simple. Colors of the economy such as Green Economy, Blue Economy, White Economy, and Gray Economy are based on several issues; environment, oceans, health, and informal activates while the Morning Economy is mainly related to the morning time from “dawn to noon”.

Some of the developing and underdeveloped countries are trying to get out from the economic failure by exerting more efforts on strategies and long-term planning which can be easier said than done. However, the problem is not at the upper level of strategies, it is in lack of practical plans and doable actions that stabilize the lower level to achieve success and to be able to receive long-term planning. Why not start with parts of the economy that could be fixed easier in order to pave the way to comprehensive national reforms and regional and continental strategies. A smart package of short-term policies is needed to help the small local economies to start successfully in the morning time then all things will follow better than you think.

Economic activities that happen in the morning time are either production or consumption, in some cases they are mixed “prosumption” but still, it tends to be nearer to one of the two sections.

Morning Economy deals with the production – not the consumption – of goods and services that are set to be transferred and traded during the morning time. If authorities failed to organize that for producers, they will find another way and time to do things out of the formal umbrella.

I define “Morning Economy” as the economic policies that give a priority to developing and formalizing producers’ transactions that happening in open markets during the morning time.

Since 2006, I started to be more dedicated to tackling several issues related – partially or entirely – to the concept of the “Morning Markets Economy” or “Zonal Economy” such as border markets, producer markets, community markets, and regional free trade zones. in Summer 2020, I collected all issues under the definition of “Morning Economy”.

In Africa, the process of developing local and producer markets is the best and most practical approach for improving the national economies while the Intra-Africa trade could be efficiently boosted by border markets and the free zones that deal – specifically –  with regional direct trade between neighboring countries and well connected with producers and the goods that flow through borders to reach bigger markets.

I believe that the efforts of modifying the policies of African countries to be integrated with AFCFTA and RECs should continue but still, it has been proven that adopting regional agreements by governments are not efficient enough in integrating the Informal Economy or “Grey Economy” within the national policies. Morning Economy can do that gradually and perfectly and could be the best platform for the international stakeholders of the free economy to present their ideas and to offer their deals.

It appears that the field of the Morning Economy is limited to rural areas but this is not true. Even in urban areas and within the cities and the towns the products of home manufacturing and home gardens are mostly sold in community markets and yard sales in the morning during holidays. Such kinds of markets play a bigger role in changing the mentality and the behavior of the citizens from consumption to production. The Morning Economy in urban areas could build the trust between producers and authorities better than anything else.

I presented the general definition of Morning Economy but to classify the activities covered by this definition could be slightly different from place to place. Yet, authorities should be very flexible to cover all related activities.

Granting full and smartly organized economic freedom to producers and suppliers in their morning markets will put the entire economy and the political situation on the right track of development. Also, it is the only recipe to eliminate illegal and criminal activities along the borders or inside countries.

Answering these four following questions will lead step by step to the logical base of the priority of Morning Economy; Free economy or Socialism? Why start with trade and not industry or agriculture? Informal activities or formal economy? Why focusing on markets instead of inclusive reforms?

Socialists side with farmers and labor power. Theoretically, they are calling for better policies for producers but in reality, they give more attention to consumers by insisting on designing the economy on subsidies. Socialism maximizes the role of the government at the upper level. As a result, economic freedom is crushed at the lower level and the producers are left behind. The point that socialists missed is that the producers are also consumers, so if the government helps them, it automatically covers a wider range of the community, then the poverty could be decreased. In contrast, starting with government intervention by helping consumption at the cost of production will damage producers, consumers, and the government itself.

Improving the economic performance in these sectors is needed; trade, industry, and agriculture but which one should be prior? Or in other words, which sector could help in improving the two others faster? I think the trade. Why? Here is the answer.

The already existed achievements in industry and agriculture are stuck between formal and informal sides of the economy. Also, the obstacles in the flow of industrial and agricultural products mean that the producers cannot achieve more success. We need to help them so they can improve their sectors.

logically, bringing the existed achievements out from the gray economy and integrating them within the modern organized economy is prior to search for new achievements.

For example, the producers from the sector of “agricultural processing” are facing a real problem at the stage of marketing because, in some cases, borders are closed or not having any priority within the national policies. The producers lose the money that would help them in improving their sectors. The success in trade in morning markets will lead automatically to the success in the primary stages of processing which are “packing and storing”. This could happen with no government intervention but by the power of the competitive market.

Another example, in the discussion on “production and productivity”, some would rush to the role of the government in setting plans and exporting technologies and agricultural inputs that help to improve productivity. Still, the trade approach is better. In a competitive economy, the free zones can play a better role than the government’s direct intervention. In some cases, technologies and inputs are available in neighboring countries. It was clear that, if the producers are allowed to sell their products freely, then they can purchase the “productivity” possibly in the same morning market. If the government can solve a lot of problems in the sectors of agriculture and industry by adopting smart policies in trade, why do we need to start direct intervention in these two sectors?

After reaching the point of the priority of trade policies that support the producers and lead the direction to better levels in agriculture and industry, there is a big question on formal and informal trade?

Here is the problem, in the government strategies and intervention, instead of adopting flexible short-term policies that build the trust between authorities and local communities, the government raids, threatens, or closes some markets to enforce the law. Consequently, these actions push – falsely classified – informal activities to be part of smuggling and trafficking. Then the illegal activities will create a suitable environment for rebel groups, armed movements, trafficking in persons’ gangs, and lately the unwelcomed guest “terrorism”. What a bad recipe for law enforcement!

As a result, Imposing the formal economy makes the government destroying itself and changing farmers and producers into warriors, criminals, and illegal immigrants. So, no way for a better approach for improving developing and underdeveloped economies without respecting and working with the informal economic sector through a gradual and smart process of formalizing and developing.

We reach this point with the priority of developing informal trade but still, what is the best and more practical step to do that?

Even Morning Economy is dealing with economic activities that need general policies but still, the question is valid; Is it better to launch a strategic plan for production being informal or informal in all sectors or to focus on the zones with the heaviest concentration of informal trade activities and to work shoulder-to-shoulder with the stakeholders in an atmosphere of trust and fair policies. The practical and pragmatic answer is to deals with zones because this approach matches the limited power of governments and local authorities.  The said zones are the community markets, producer markets, and border markets that already existed, or even closed because of government intervention.

Border and producer markets are easy to be connected with morning time. In some cases, producers choose one day a week or a season in the year because they cannot come regularly. They come in the morning because they prefer to spend some hours and to save the rest of the time for their essential process of production. In border areas, people need to come during the morning time and then to travel back in the daylight. In the third category, the modern free trade zone, the morning time doesn’t make the same difference. Yet, the regional free trade zones are – in several aspects – part of the Morning Economy because they are highly connected with producers and suppliers.

What are the direct results of the Morning Economy?

Free to re-published with referring to the paper