São Tomé and Príncipe, the African island where democracy has prevailed 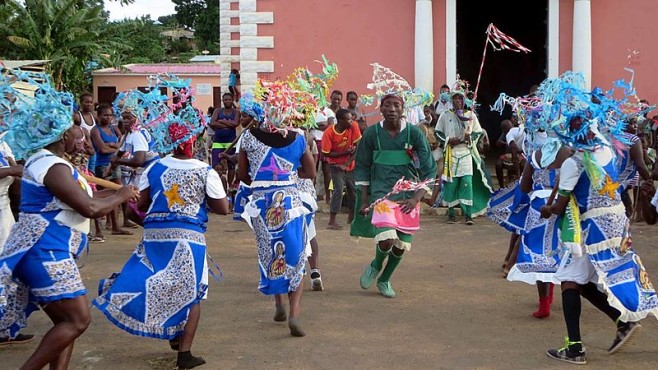 Could the tiny nation of the Gulf of Guinea become an African model of diversity and harmony with history and present?

Why the Sao Tomeans are unique?

What is the most surprising fact about São Tomé and Príncipe?

For me, I would say that the Sao Tomeans celebrate “São Tomé day” which commemorates the arrival of the first Portuguese explorers and settlers to the island in 1471 and also they commemorate the Batepá massacre that took place in 1953 when hundreds of native creoles or the Forros were massacred by the Portuguese colonization. Is this a contradiction? Not at all!
I think this is the top example of harmony with the history, identity, and diversity. All 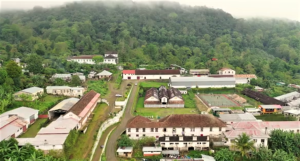 the dreams, hopes, and pains of the Sao Tomean people are manifested in São Tomé day on the 21st of December and in Martyrs’ day on the 3rd of February every year.
The people of this country are the best at learning from the past and looking forward to the future, this is why their country is enjoying one of the most stable democracies in Africa.

Another fact that I like! In 1908, the tiny island of São Tomé – compared to Cote d’Ivoire and Ghana – had become the world’s largest producer of cocoa and remained in that position for a time.
São Tomé and Príncipe is an island country located in the Gulf of Guinea off the Western coast of Central Africa in an area of about 1,000 km2 which is three times Malta but still smaller than London’s total area.
The country became independent from Portugal on July 12, 1975.
São Tomé city is the capital and largest city in the country.
With a population of more than 220,000 people, the GDP-PPP of the country was estimated in the year 2020 at more than $840 million and around $4,200 Per capita.

The birth of the political system 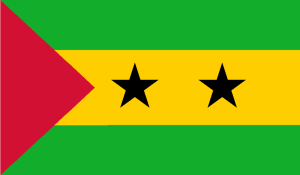 The country witnessed times of instability and social unrest for two centuries before the independence and suffered for thirteen years under the Portuguese Colonial War or the (Portuguese Overseas War) between Portugal and the emerging liberation movements in its African colonies. In 1974, the carnation revolution in Portugal put the end of the dictatorship and the new government led the negotiations with African independence movements in Portugal’s colonies paving the way to the independence of Guinea Bissau, Cape Verde, Mozambique, Angola, and São Tomé and Príncipe. The same happened to Portuguese colonies in Asia.
The carnation peaceful revolution got its name because the protesters took to the streets and placed the carnations in the muzzles of guns and on the soldiers’ uniforms.
Currently, São Tomé and Príncipe outperforms most sub-Saharan Africa countries in democracy and political stability.
In the 2021 presidential race, the attraction of investment was one of the main issues of the election.
In October 2021, Carlos Vila Nova became the fifth president of São Tomé and 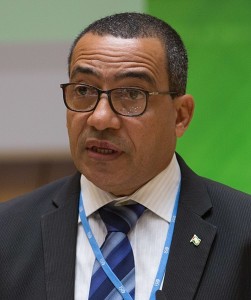 The Economy is Booming

The economy of São Tomé and Príncipe is concentrated on agriculture and tourism, with a new successful trend in attracting direct foreign investment.
Once, São Tomé was the world’s largest producer of cocoa. Still, cocoa is the country’s most important cash crop representing more than two-thirds of the agricultural exports. Other crops include coffee, palm kernels, and copra. 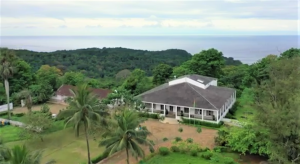 The government exerted big efforts to attract foreign direct investment and to improve the tourism sector which is the best way to help diversify the country’s economy.
New large resorts have been opened on the beautiful beaches of São Tomé and Príncipe.
São Tomé and Príncipe is a member of the African Union (AU) and the Economic Community of Central African States (ECCAS) which is (CEEAC) in French. The country also joined the African Continental Free Trade Area (AfCFTA) which is the largest trade bloc in Africa.

The Culture and Society

Sao Tomean people speak Portuguese, it is the official and the de facto language of the country.
The country took its name from the meaning of the words “Saint Thomas and Prince” in Portuguese.
São Tomé and Príncipe – like most African countries – has a variety of ethnicities and mixed groups living together in tranquility and peace.
The ethnic groups include Mestiços, Angolares, Forros, Serviçais, Tongas, Europeans, Asians, Macanese people who are mixed Portuguese and Chinese descent from Macau.

Although the economic reform in the early 1990s boosted the privatization and the free economy orientation, the country is still based on a mixed and centrally directed economy that is composed of privately owned cooperatives combined with publicly owned property and means of production.
Some economic experts believe that small countries should not slip quickly into a 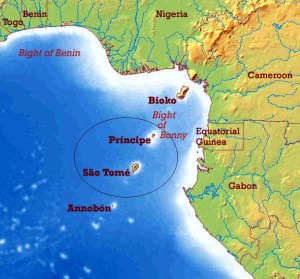 market economy because the small population and small area give the country an opportunity to benefit from the cooperative system without economic damages caused by the old version of socialism.
A friend of mine said to me – with a sense of humor, “If we ourselves are a hybrid people, why can’t our economy be also a hybrid?”
From my point of view, I support the free economy, and I suggest more economic freedom and privatization.
There are African and international businesses are willing to come to São Tomé and Príncipe with large investments, especially in the field of tourism and food processing. When a comparison happens, countries of the free economy always receive more capital.
The good thing in São Tomé and Príncipe is that democracy guarantees success for anti-corruption measures which enhance the environment of investment.