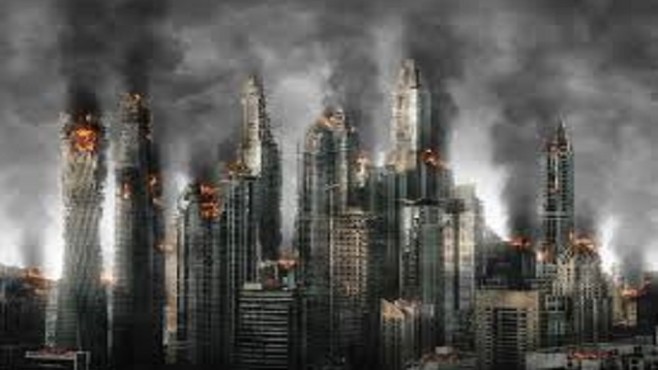 In the scenic hills of South Sudan’s Upper Nile State, smoke is billowing into the sky, signaling that yet another giant tree has fallen and is being turned into charcoal.

Interestingly, a few years ago, the smoke would not have penetrated the then thick canopy of the tropical forest.

Today, Upper Nile, just like many states in Africa’s youngest republic, is slowly turning into a desert – following  an aggressive trade in charcoal that has led to a massive deforestation.

Local villagers blame the destruction of forests on unemployment and poverty as state officials blame the slow mitigation plans on corruption, lack of budgetary allocations, archaic laws and lack of communication between central and state governments.

Yar Riak, aged 42, flashes a shy smile as we approach her for an interview. The mother of nine started selling charcoal at the bustling Konyo-Konyo market to supplement her meager salary as a government agency employee.

Her children and husband do not live with her because they are also selling charcoal in other markets.

“I came here because of sickness. I can’t get good treatment because of lack of money. I receive 2,000 SSP ($7) as salary. The hospital demanded 7,000 SSP ($23) from me,” notes Riak. She says that her other family members are also selling charcoal to help her raise money for medical bills.

Riak says she buys the charcoal from middle men who get them straight from the burners in the forest.

Joseph Lino is a charcoal trader in Juba market where he buys his charcoal in bulk from an Ethiopian he does not want to name who gets the supplies from the Nimule Forest, an indication that even foreigners are involved in charcoal burning.

“There is a trader from Ethiopia who goes to the forest. He brings that charcoal in bulk and I buy from him. He is a good man because he allows me to negotiate the price,” says Lino.

Lino, who sells this charcoal to restaurants, tea sellers and residents of the town, however adds that he makes a profit margin of  400 or 350 SSP ($1) on one sack.

He says that his suppliers include some soldiers..

“The soldiers in the charcoal business tell me they don’t receive salaries in time in many months hence their engagement in the business to eke a living. Each one of them brings 15 to 20 sacks every month,” he says.

This was confirmed by James Malong, a lanky soldier and one of the best-known charcoal burners and traders in Juba.

“Someone has to do this because of survival. It is like someone cultivating crops to produce food. It (Charcoal burning) needs a lot of effort. It requires many trees,” he says.

He narrates that charcoal is also  in high demand, both in local and international markets in the neighboring countries such as Kenya, Uganda and Ethiopia.

The deforestation in areas around Juba city has been worsened by the fact that even some security officials who are expected to help conserve the country’s 121 forest reserves are themselves deeply involved in the charcoal trade.

Both traders and burners have albeit belatedly, slowly accepting the realities that their activities in charcoal and timber trade have threatened the livelihoods of millions of people both in South Sudan and in the neighboring countries

Abubaker Selih Babekir, a climate change scientist at the Intergovernmental Authority on Development (IGAD) Climate Prediction and Application Center (ICPAC), is calling for an urgent intervention to save South Sudan’s forests because any further plunder would be disastrous even to neighboring countries.

“I have conducted a study and can confirm that what is happening in South Sudan will impact the neighboring countries negatively. The deforestation is likely to affect the neighbors because of what we call moisture transport which will have adverse effects on climate,” says Babekir.

Ray of hope on the horizon

But amidst the confusion that has seen massive destruction of tree cover in the country, the government is working round the clock to ensure that illegal loggers are blocked from further clearing the forests.

“All is not lost despite the many challenges and the continued plunder of the forests,” Timothy Chuol, the director general of forestry in the ministry of environment and forestry says.

He confirms that the government has developed new laws and policies that will help stop the runaway deforestation in the country.

These new policies include strengthening of institutions, especially the ministry of environment and forestry, to ensure the protection of the country’s natural resources.

The policies advocate for the use of natural resources as a platform for peacebuilding through better accountability, community participation and provision of stronger dispute resolution mechanisms.

“Yes. Since 2007, we have been developing forest policies and laws. The policy has just been passed by President Salva Kiir, a few months ago. The old laws gave room to illegal charcoal burners, saw millers and traders,” he says.

He adds that initially, the charcoal and extraction of forest products was not prohibited by the law that has since been done away with.

The current legal framework for forest management comprises sections of the Comprehensive Peace Agreement (CPA), the interim National Constitution, the interim Constitution of Southern Sudan, a number of different statutory laws at both the national level and at the Southern Sudan level, ministerial decrees and orders, as well as customary laws.

However, Chuol, a former university lecturer, regrets that the war against the destruction of the environment may take a long time because those involved in the plunder are armed with sophisticated guns.

“The people burning charcoal and cutting down trees are people holding guns. The people who are trading in charcoal are rich and have trucks. The forest guards who are supposed to stop them no-longer carry guns after they were disarmed sometime back,” he notes, as sadness flashes across his face.

He adds with a tinge of bitterness: “You will find a forest guard carrying a stick while the person he is supposed to arrest has a big RBG gun. The guards also do not have vehicles to use in driving across the expansive forests.

Chuol says that despite the fact that Timber and Charcoal exports from South Sudan had been banned, many people still smuggle thousands of sacks across the borders.

He adds that South Sudan’s charcoal and timber are in high demand because the country has natural forests.

“We have 23 different species of Acacia, Senegacia, Mahogany, Afzelia Africana and Tectoina Grandis, the first plantation established in Southern Sudan in 1918 and most of them over time grown into very big trees,” he reveals.

He observes that Afzelia Africana has become one of the natural tree species that are targeted by illegal operators, not for its charcoal, but because of its hardwoods

Chuol says that since 2005, the ministry of environment has had poor cash flow since budgetary allocation to forestry management has remained one percent.

But this, he says, is due to change rapidly after the bills and policies were approved by the President Kiir.

He says that the problem of conflict between the Central and State governments over who should protect the forests is also being looked into.

Mogga Bill, the Project Coordinator for South Sudan Nature Conservation Organization, a civil Society group, closely works with local communities to monitor and mitigate against deforestation and other forms of environmental degradation.

“As of last year, we have just completed our Juba Urban Land Scale project, a Dutch funded project that looked at land restoration, renewable energy installations and food security,” he adds.

His organization has identified interventions within Juba in parts of Gumbo, Lologo and Luri , the areas inhabited by communities living along the Luri River, where they are implementing agro-forestry as one of the main steps for communities to try to live harmoniously with the environment.

“We all know trees play very big roles and once we introduce agro-forestry, communities will plant more trees, Mogga says.

These trees, the official says act as wind breakers and contribute positively towards rainfall formation.

“The communities will also be addressing the issue of food security by selling the fruits to the market to sustain their livelihood,” he says.

Bill calls on the government and the international Non Governmental Organizations (NGOs)  to take up momentum and create awareness at all levels and  introduce smart agricultural practices for communities at the grassroots.

He says that his organization has planted 200,000 tree seedlings in nurseries to help replenish South Sudan’s fast losing forest cover that currently stands at between 1 and 2 percent every year.

Bill observes that rivers that have been drying up and pasture for cattle becoming smaller due to climate changes are now beginning to recover.

“We are travelling deep in the villages to convince the locals to stop cutting trees for charcoal and venture into farming as a source of livelihood,” he notes.

Trees are important in combating climate change because they sequester carbon dioxide from the air and releasing oxygen into the atmosphere. Carbon dioxide (CO2) is one of the major heat-trapping (greenhouse) gas causing global warming.

This reporting project by InfoNile was supported by Code for Africa with funding from the National Geographic Society.