The African Court based in Arusha started its program in Addis Ababa with a sensitization seminar held on 20th of November 2014 where the court announced that two public hearings will be held during its 35th ordinary session in Addis Ababa at the headquarters of the African Union. 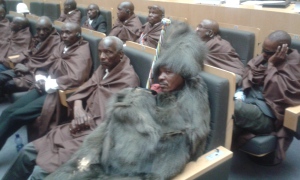 The first hearing of Ogiek people was already held while the second hearing will be held on 3rd of December 2014, addressing the case of Alex Thomas, who is challenging the conviction of a Tanzanian court of 30 years for robbery.

The Government of Kenya was represented by a team of official lawyers headed by Mrs. Mothoni Kimani the Senior Deputy Solicitor General, while the Ogiek people were represented by the African Commission, the session attended by the Commissioner Pacifique Manirakiza and the lawyer Bahame Nyanduga on behalf of Applicants, the Ogieks.

The Ogiek people are an ethnic and linguistic group in Southern Kenya and Northwestern Tanzania, they are one of various groups of hunter-gatherers while the majority grow vegetables and keep livestock. Some environmental sources allegedly said the Ogieks in Mau forest traditionally hunted such animals as antelope and wild pigs, which is now generally illegal. 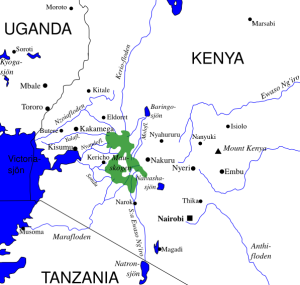 The Ogiek have made several claims against the government of Kenya alleging unfair treatment and accused the government of dispossessing them from Mau forest in the Rift Valley in which they claim a historical right to its lands. 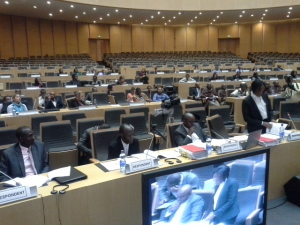 Mrs. Mothoni Kimani answering a question on the jurisdiction of the African Court on the Ogeiks’ case said the Kenyan Government considers the African Court has no jurisdiction on the case, “we have local domestic judicial system and the other people of Ogieks went to the court and the court directed the Kenyan Government to sit with people to solve this matter”, she said, “The court should not admit the case because these issues of historical and traditional rights are protected by the Kenyan constitution and addressed in the Kenyan legal framework and mechanism which very broad”, she added.

Commissioner Pacifique Manirakiza from Banjul Commission representing the applicants said the African Commission initiates cases according to its system and procedures and then it has the right to authorize lawyers to appear in sessions. 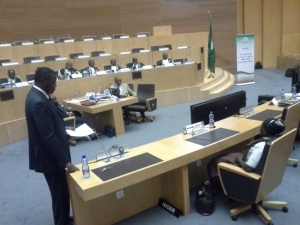 The lawyer Bahame Nyanduga confirmed the jurisdiction of the African Court on the case and presented legal argument to defend the right of the applicants in Mau forest.

The court heard a considerable number of witnesses and experts through examinations and cross examinations.

The African Court on Human and Peoples’ Rights established according to the Protocol adopted in 1998e and came into force in 2004.

The African Court is the first continental court but still it needs more number of ratifications, for this very reason the court is conducting  sensitization visits raising the public awareness about the Court and encouraging the ratification of the Protocol and the deposit of the Declaration that allows individuals and NGOs direct access to the Court.

The Court comprises of eleven Judges who are nationals of African Union Member States, the President of the Court is Mr. Augustino S.L. Ramadhani and the the registrar of the court is Dr. Robert Eno.