EU-AU Summit in Brussels 2022, the First after “Global Gateway Initiative” 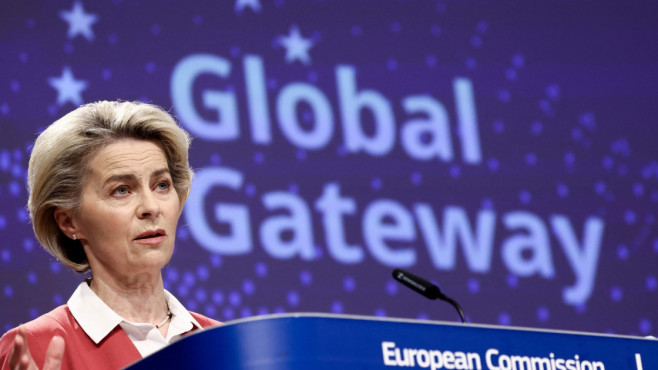 To expel the demons of the past from EU-Africa relations, we would need help from Nordic countries, which could be the best exorcist.

Why do we need a Nordic European role in EU-Africa dialogue?

The EU-AU summit in Brussels, February 2022, comes in the context of the Post-Cotonou Agreement and the newly launched EU Global Gateway initiative. However, the dialogue between the two continents is still marred by bitterness from the past. Do we need to maintain the partnership and continue to support the latest EU initiative or should we launch a dialogue that could expel the demons of the past? Let’s contemplate cultural-political initiatives that help us learn from history rather than making it a negative factor.

For example, Belgium’s Africa Museum reopened to confront “the colonial demons” as described by Daphne and Isabel in their Reuters article. The museum has been transformed from supporting pro-colonial propaganda to critical of Belgian history in Africa.

The Nordic countries have a different legacy in Africa than other European nations. They took part in the African struggle against apartheid and supported liberation movements. In my opinion, they should lead the African European dialogue in its initial stages. A cultural-political initiative should go hand-in-hand with economic and development cooperation.

During the African summit 2020 in Addis Ababa, at the exhibition entitled “African Independence and the Norwegian Solidarity”, a young journalist was extremely surprised, “Norway stood with Africa against white racists of the apartheid era?!”, he said. As I began to tell him about the wider movement in Nordic countries, more and more friends gathered in the sunny yard of the huge AU headquarters built by the Chinese, and that led to another discussion, which I’ll address later.

Although some have described the EU’s Global Gateway as repackaging existing European funds and programs, the initiative has sent a positive message to Africa. The EU didn’t just attack China’s “debt trap”; it has now offered an alternative. The same advice was given to the USA in the article “Washington Needs a Better Message in Africa Than Don’t Trust China”, written by Henry Tugendhat and Kamissa Camara 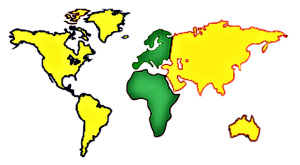 on Foreign Policy. With Global Gateway, the EU has taken another step forward in its relationships with Africa. Critics have also argued that the Global Gateway initiative is simply a response to China’s Belt and Road Initiative. In this view, some might see the EU’s initiative and other initiatives, such as USA’s Prosper Africa, the TICAD initiative of Japan, the India-Africa Forum, and Asia-Africa Growth Corridor (AAGC) of India and Japan together – as parts of a more complete picture of the new wave of  “scramble for Africa”. The previous wave ended by partitioning Africa between European powers while this wave might lead to partitioning Africa between Europe and other nations. According to my point of view, this criticism missed the fact that some countries such as India and Japan have no colonial history in Africa. Also, their support to Africa is not accompanied by using the debt strategy like China.

However, this criticism has proven again that we need the suggested dialogue to clear out the cross Mediterranean mistrust. Which countries are able to facilitate this dialogue? The answer again is “the Nordic countries”.

At the front lines against apartheid in Africa.

One example I mentioned was the Norway exhibition at the 2020 AU Summit, which was opened by then-Norwegian Prime Minister Erna Solberg.

Historically, Norwegian Action Against Apartheid (NAMA) was founded in 1963 as a cross-political campaign with a majority of political youth organizations in its 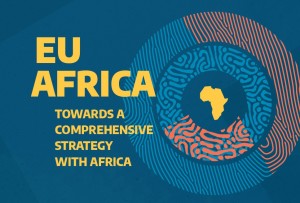 founding members, which means that now Norway’s leading generation is part of African liberation. NAMA advocated for the international boycott of apartheid in South Africa, helped inform Europe and the world, and directly supported the victims of apartheid.

All Nordic countries were involved in liberating Africa from apartheid. In October 1985, the Nordic foreign ministers adopted the Nordic Program of Action against Apartheid in South Africa.

One of the wonderful papers on this issue is “Contribution of Nordic states to the Oppressed People of Southern Africa and Frontline States” by E. S. Reddy. “Assistance from these countries of the Western world, so distant from southern Africa, not only reinforces our faith in human solidarity but has been a strong support to the efforts of the United Nations, the Non-aligned Movement and the Organization of African Unity to secure universal support to the struggle for freedom in southern Africa from all regions of the world.” Reddy wrote.

In the 1990s, Nordic-African cooperation entered an advanced stage but the joint formal meetings started in 2001. Such cooperation is likely to become an important part of the EU’s global gateway. 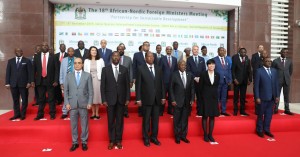 In 2018, and under the theme “Common values – joint pathways”, Denmark hosted the previous African-Nordic Meeting in Copenhagen.

Also, there is a good initiative from the Norwegian-African Business Association (NABA) to sponsor business forums. For sure, if there is no economic cooperation the political efforts will not be strong enough to make any change. The question is how can Nordic countries help African economies?

Daniel Emejulu wrote a paper for the Brookings Institute in Washington D.C. titled “Three promising sectors for Nordic-African collaboration around sustainable development”, he highlighted the Blue economy sector describing it as “a strong suit for the Nordics and Africa’s new frontier of renaissance”. So, let us wait for the NABA event in September 2022 “Reimagining Business in Africa” to find out how can business relations go together with the Global Gateway and what is the possible role of Nordic countries in the African European dialogue.

Global Gateway and the Needed Dialogue in Post-Cotonou Era

The EU new strategy, “Global Gateway” covers these five areas; digitalization, climate and energy, transport, health, education and research. The strategy has been set by the European Commission and launched in December 2021. The EU is stepping up its offer to its partners with major investments in the five sectors. EU institutions and development agencies, as well as the member states, will allocate up to EUR 300 billion of investments around the world between 2021 and 2027. Brussels EU-Africa summit is set to be in February 2022 with no guarantee that it will be held in person.

Charles Michel, the European Council President wants to open a new chapter between Africa and Europe. As I mentioned before, real dialogue is needed between the two continents, because selling good words and positive slogans is not enough, and the internal issue of European elections is still focusing on immigration as a top priority and not the development in Africa.

The confusion remains because the Global Gateway initiative comes within post-Cotonou context and AU cannot alone decide on behalf of the Organization of African, Caribbean, and Pacific States (OACPS). Cotonou, the 20-Year agreement that was signed with EU in Cotonou, Benin, in June 2000, was initially due to expire in 2020, then extended until 30 November 2021. After two years of negotiations for a new partnership between the EU and OACPS, the latest news said the negotiations for a Post-Cotonou Agreement at the finish line. Critics in Africa who were not satisfied with the Cotonou framework are still raising questions; Why the Secretariat of OACPS is in Brussels, Belgium, and not in Africa or OACPS countries. Also, the Technical Centre for Agricultural and Rural Cooperation ACP-EU (CTA), established in 1983 in the Netherlands and not OACPS countries.

Why Africa-EU Partnership is more popular than OACPS?

To a certain extent, the African-European partnership is popular and has a good image. The partnership was established at the first Africa-EU Summit in Cairo in 2000, guided by the joint Africa-EU strategy of the 2007 Lisbon summit. It comes from the framework of the Cotonou Agreement, but because the AU is more broadly based, it is able to usher in a new era of reciprocity in Africa-Europe relations.

One of the reasons is that the partnership was driven through rounds of dialogue at various levels between Africa and Europe. It could be described as a multi-actor partnership because of the involvement of several non-state actors. 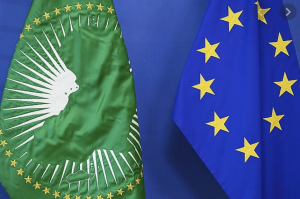 The author has participated in several forums, seminars, and workshops on EU-Africa cooperation. Nonetheless, I think the level of participation of NGOs is stronger than that of the African private sector.

I have always been on the front lines in advocating for a greater role for the African private sector and strengthening the continent’s economic freedom. Still, in the case of EU-Africa relations, the cultural-political dialogue to clear up historical misunderstandings is necessary.